Badminton for the win!

In my family, badminton is our most favorite sport. I play but not that good, my brothers also play (so good). I don’t know which reason that cause this situation. Is it my brothers who made this sport as the one we enjoy the most, or is it the sport which later made my brothers had seriously taken a step in this sport. Let me tell you the story.

I have two brothers who were badminton athletes back when they were young. (Yes, when they both were in junior and senior high school, now they are father of many smart kids). They played badminton, joined many competitions, won the games and prizes for the regional, national, and even international competitions. They used to be the part of Indonesia Badminton Federation (PBSI) players in our hometown. They passed quite hard exercises everyday before started the training. My dad and I watched their games few times, they shared me the stories and my dad kept some of news published on a local newspaper which have their names on it. I read, smiled, and thought of ‘How cool they are!’. I had a memory when I dreamed of being the next Susi Susanti because seeing my brothers’ plays on the court. :)

Following the story, we always spared time to watch the badminton games on television. When one of them had a chance to watch the Olympic Games in Australia on 2004 (?), my dad and I stared at the TV to see if my brother probably had a chance to go in frame. And I saw him appeared on the TV, for less than a second. The same things also happened during the Thomas and Uber Cup seasons. My dad gave his vote to China who has the best players in the world, my brothers were more objective to choose the best one which was different for each game, while I often gave my vote to Indonesian player or ones who looked … handsome (I adored Peter Gade and Taufik Hidayat). When the game was about to start, my brothers who had already lived out of town would call my dad to remind him. Then my dad and I would watch the game together in the living room, while my mom cooked in the kitchen, gave no care for her husband and daughter who shouted here and there for each score their bids earned.

Couple years later, I worked as a journalist which then brought me to a very nice memory for my love in badminton. I was responsible for the sport pages, which one of them was BADMINTON! The center where Indonesian best players have their training was the place that I visited at least once a week. When I went there for a first time, I suddenly took a picture to my brother while played a movie on my own mind that my brother was the one had his training on the court. I met many stars which I just could see on TV when I was a kid. To name a few; Alan Budikusuma, Taufik Hidayat, and yeah, Susi Susanti! I talked to them, interviewed them, and of course took pictures with them. What a glorious chance!

The bond for badminton never dies, even until today. A week after my coming to China, I went to badminton court with some friends who also love badminton. I was so happy to be ‘back in the court’, even just to see it. To realize that I ‘played’ in the country which really rules the badminton world has brought me this moment of awe. It brought back all memories from the childhood time to the time I had with dad watching the last Thomas Cup he had. My brothers still also do badminton once a week with their friends. Their sons, as far as I remember, love the game as well.

I play badminton, but not as good as Susi Susanti. I don’t even have the power to do the shot as my brothers have. But, there’s something about badminton which definitely runs into our vein ; my dads, my brothers’, and mine.

So, why Badminton? 1. Because it’s a fun game. 2. You worked all parts of your body when doing it; you run, you control the racket, you count all the shots, you keep the pace, you trust your instinct and your partner, 3. You burn your lots of fats IF you do it seriously.
As for the family, the bond we have for badminton is like : once you’re in love, you just don’t want to stop loving. 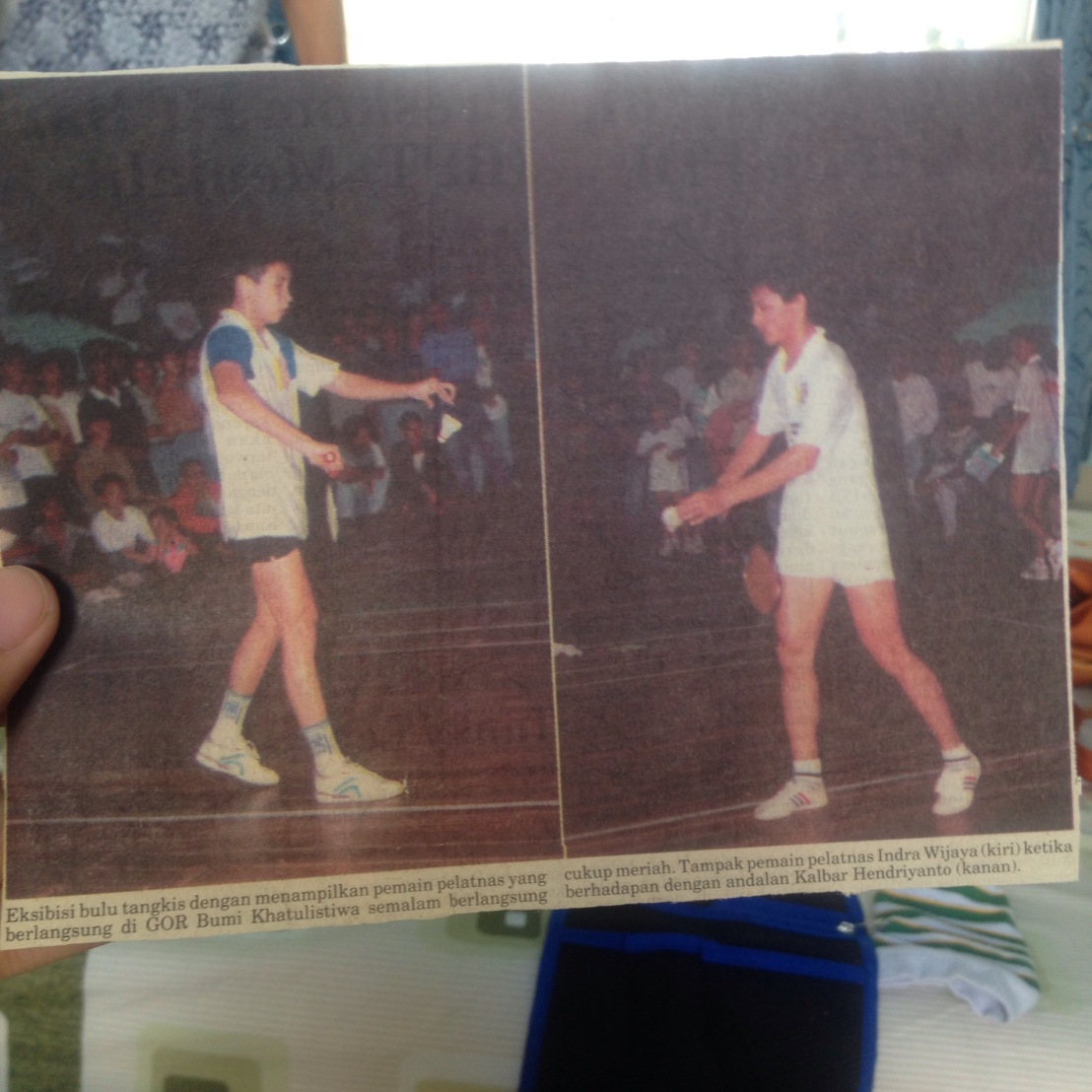 Check out my Podcast