[Jamie Aditya] Blues on the Move

This isn’t any professional music or concert review. This is just a piece of my very personal opinion about this music show I watched.

It was Jamie Aditya’s mini show, called “Blues on The Move”. 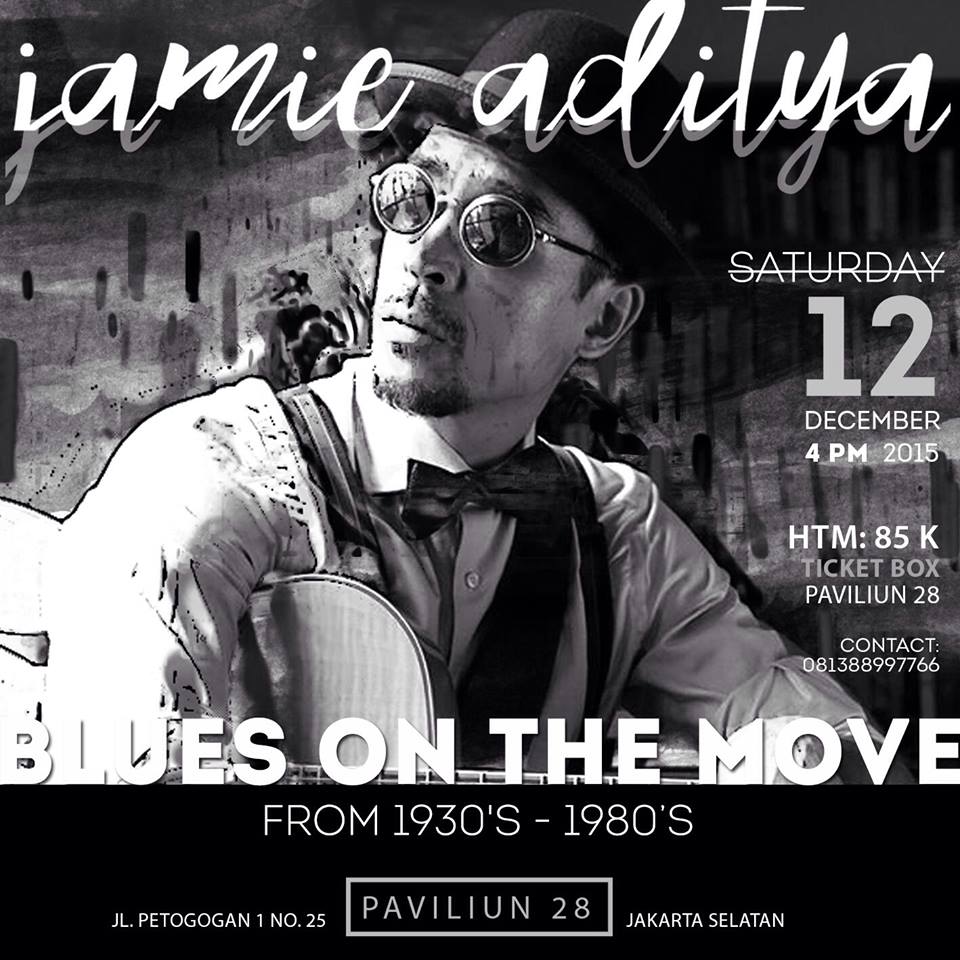 The story before I said yes to my friend’s invitation to come to this event was pretty funny though.

It was about 2 weeks ago. I unintentionally listened to a radio where Jamie was the guest and had his an hour live show. Minutes after tuning in the radio, I realized something.

I didn’t just listen to somebody’s singing. I can picture the funny stories Jamie told on his prolog, before having the song started. I couldn’t tell you how I smiled couple of times listening to his stories and all his jokes about the songs, about his children, about his family. Even to his jokes with Sunda which mostly I couldn’t understand. He must be good on live. All impression came at once from the radio.

I knew Jamie when I was in junior high school. Of course, I saw him as a VJ MTV. Back then, MTV was a such a golden channel for I barely could see because we had to have a parabola to receive the channel. Other than parabola, we only can see TVRI and other local channels.

I am never Jamie’s fans or following up his journey. I just know him as a VJ. Okay I might notice it’s Jamie Aditya when I saw his picture on the internet on TV. I don’t even know that he can sing.  But, not until the day I listened to the radio.

“This guy sings well, so well”.

Therefore, it took me no any further thought to say YES to my friend’s offer, to watch his live show at Paviliun 28.

Coming to his show last night, I am a way more sure that Jamie is a real artist. Jamie is a singer who will take you not just listening to the songs. He’ll take you to Sam Cook‘s stories before starts playing the guitar. He’ll shot you some jokes with Sunda accents (which yes, I still didn’t understand). There’ll be some surprises in the middle of the show that will make you laugh. There’ll come many tunes that make you awe. He and his partner play the melody so well that you wouldn’t realize you apparently enjoyed listening to 15 blues old songs. I don’t even feel like I’m listening Indonesian singers.

I am not blues songs lover. But, Jamie just gets the… soul. (I don’t even know if it’s a right word to use). 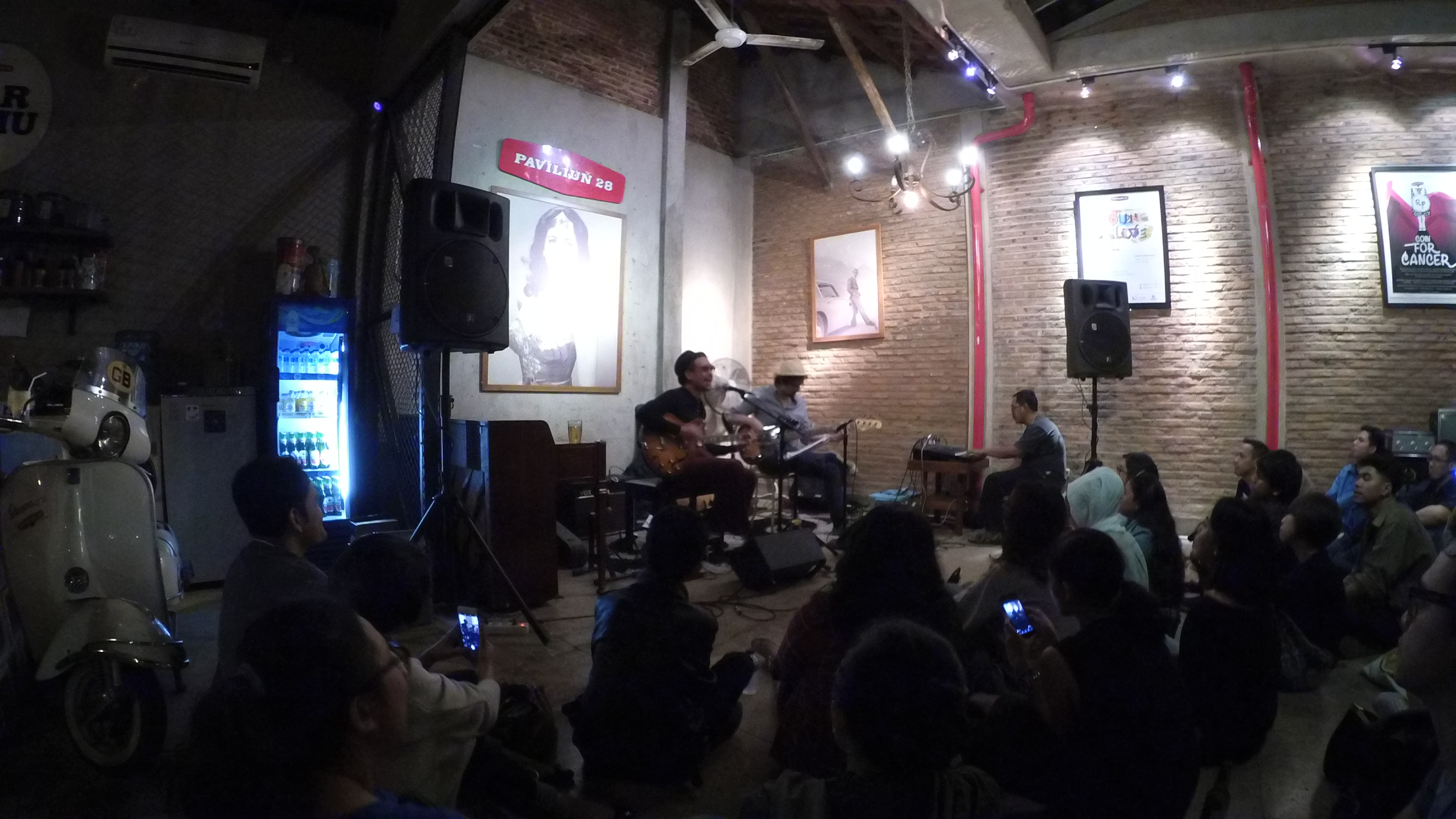 So, if you happen to see any info about his show somewhere, and you are looking for some cool live music show, go watch Jamie Aditya. I’m sure won’t regret coming to the show.

Below are some videos I took. Sorry if you get disturbed with the unstable shot, just keep listening to the songs.

Please let me know if you know the third song’s title. 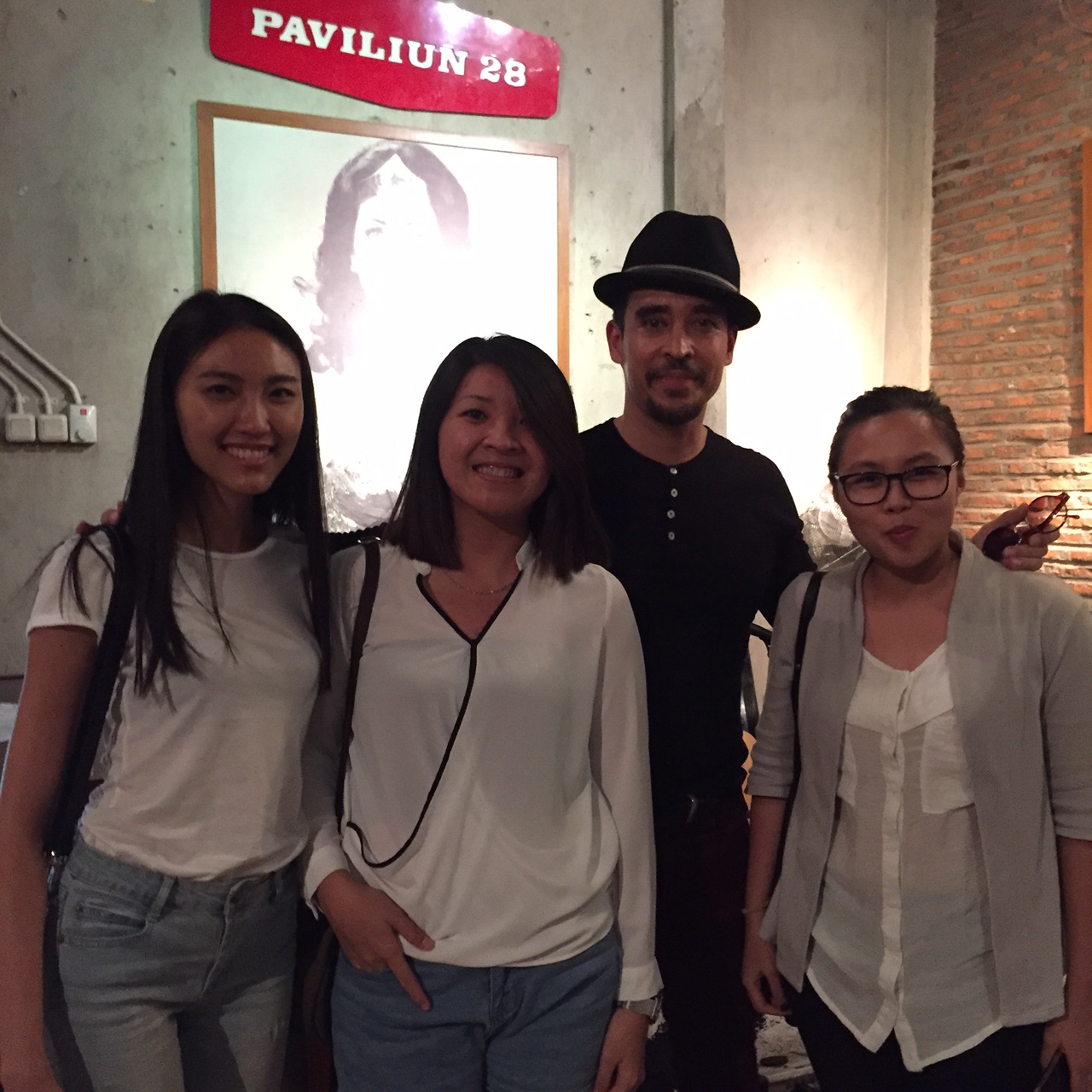